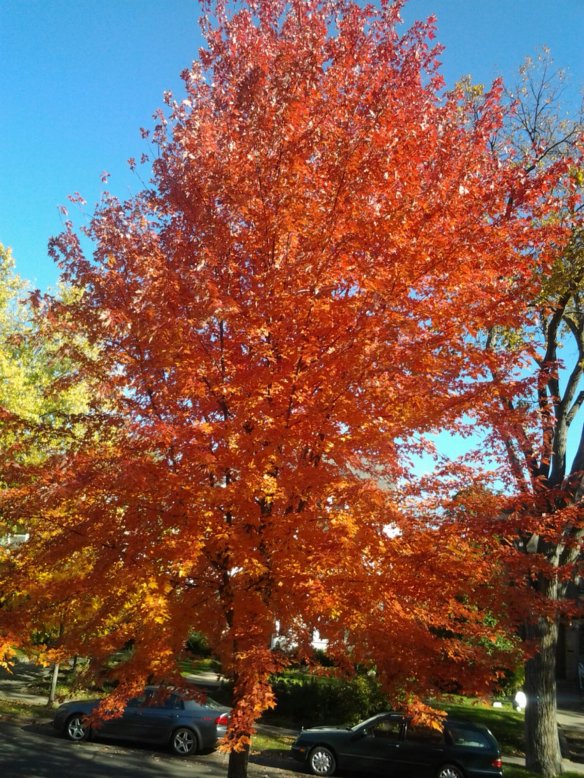 This tree in front of my house is an Autumn Blaze Maple. It is a combination of the better features of the silver and red maples and was named Urban Tree of the Year in 2003.   The neighborhood was hit hard by Dutch Elm disease over the last decades and has lost a lot of the huge elms that formed a canopy over the streets.  Now a mix of trees, some reaching maturity, form a mosaic of autumn color to contrast with the uni-colored elm coloration which is mainly yellow.  The move to mixed diciduous trees has some benefits, but I do miss the cathedral like canopy of 100 year old elms.
Unfortunately, many areas planted Ash trees that are now being attacked by Emerald Ash Borer. That did not occur in my Lowry Hill neighborhood in Minneapolis, thankfully. Here is a photo of the street with the Autumn Blaze in the middle. 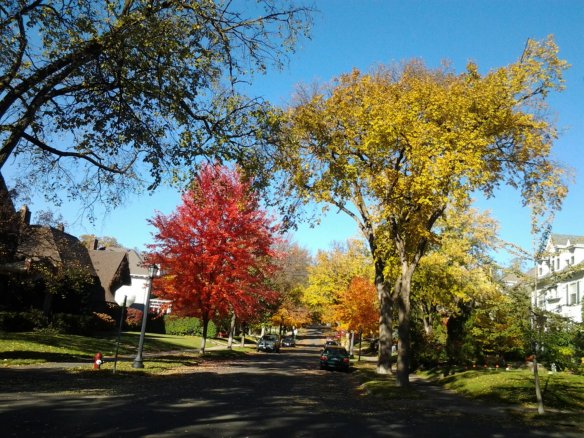 The snow will fly soon, and an entirely different aesthetic will occur that is beautiful in its own way.